Academic bursaries or scholarships are awarded on the basis of:

Newington College offers several scholarships or bursaries to boys who demonstrate general excellence across their studies, involvement in community and co-curricular activities, character and leadership.

The Halse Rogers Bursary or Scholarship

The Halse Rogers Bursary or Scholarship or for general excellence provides an opportunity for boys with a balanced range of achievements to benefit from the opportunities presented at Newington College. It is named after Sir Percival Halse Rogers, the 1900 Dux of Newington College and Newington’s first Rhodes Scholar.

The Halse Rogers Bursary or Scholarship is available to boys in Year 7, Year 9 and Year 11 who demonstrate commitment to the five Pillars of Distinction that set the focus for Newington College:

The F. Stretton Jeffs (ON 1933) Bursary is named in honour of F Stretton Jeffs, the son of a Baptist minister who was fortunate to be offered a Newington scholarship for his final two years of study during the Great Depression.

The F Stretton Jeffs (ON 1933) Bursary is available to boys entering Year 11 who would not otherwise have the opportunity of a Newington education.

Jim Millner was a student at Newington College from 1933-1937. The Jim Millner (ON 1937) Bursary has been fully funded by a generous donation from Mrs Jean Millner in honour of her late husband. Mrs Millner was a valued and honoured member of the MOONs (Mothers of Old Newingtonians).

The Jim Millner (ON 1937) Bursary is available to boys entering Year 7.

Phillip Moffitt (ON 1982) is the Chairman of the Newington College Foundation. The Moffitt Family Bursary is named in honour of his family’s contribution to the College. It was first awarded in 2017.

The Moffitt Family bursary is available to a boy entering Year 7.

Dr David Mulford retired in 2018 after leading Newington College for 10 of its most successful years. The bursary named in his honour will foster even greater diversity at Newington College.

The Mulford Bursary is available to boys of promise entering Year 7 who would not otherwise have the opportunity of a Newington education. The bursary has a broad focus.

Rural and regional bursaries are available to boys in Year 9 and Year 10. Students must be Australian residents, live in a rural or regional area (currently defined as 100km or more beyond the Sydney metropolitan region), and board at Newington College until the completion of Year 12.

The Chris Wild (ON 1991) Indigenous Bursary

Chris Wild was a teacher by profession and enjoyed working with Indigenous children in his spare time. To honour his life and his passion for Indigenous education, the Wild family, their friends and a number of generous Old Boys established the Chris Wild (ON 1991) Indigenous Bursary in his memory.

A Chris Wild (ON 1991) Indigenous Bursary is awarded every year.

The Chris Wild (ON 1991) Indigenous Bursary is available to worthy and deserving young men from an Aboriginal or Torres Strait Island background who are entering Year 7.

Music bursaries or scholarships are available to boys who, in addition to performing well in the bursary and scholarship selection examination, show evidence of outstanding musical achievement or show potential in one of five areas:

The Joan Meats Pipe Organ Scholarship or Bursary is open to boys entering Years 7, 9 and 11 and is awarded every third year.

Applicants must show evidence of outstanding musical achievement or potential on the pipe organ. Consideration may be given to those who show exceptional ability on the piano and wish to move into playing the pipe organ.

The Joan Meats Pipe Organ Bursary is awarded every three years. Applications for the 2020 bursary open in November 2018 and close on 5 February 2019.

The Robert Walter Storr (ON 1938) Bursary is available to boys entering Year 10 or Year 11 who are residents of Indonesia, Malaysia or Singapore. The bursary is awarded to a boy of exceptional musical ability.

Newington College’s relationship with Tonga goes back to 1863. Newington’s first Headmaster, Rev James Egan Moulton, was appointed to Newington as an interim measure to give him time to marry before taking up a Wesleyan missionary role in Tonga. In 1866, he became the founding Headmaster of what is now Newington’s brother school, Tupou College. The close relationship between the two institutions continues today.

ONU Tongan Bursaries are awarded to young men who are residents of Tonga and either attend Tupou College, or are sons or grandsons of Old Boys of Newington. They must be eligible to enter Year 10 as boarders and turn 16 during Year 10 or Year 11.

‘Discover what’s possible’. The words are part of Newington College’s DNA and shape everything about us. One day our boys might be testing solar-powered vehicles they’ve built themselves; the next they might deliver an inspiring music performance or test their wits at theatre sports. They might play rugby and enjoy chess, ponder the works of great philosophers and volunteer with a charity. By meshing the tradition of the AAGPS (we’re a founding member) with creative, future-focussed academic, co-curricular, wellbeing and sporting programs, Newington creates an environment where boys can be their best – whatever their interests.

Newington College is a boys’ school with 2000 students across four campuses. The senior campus, for students in Years 7-12, is set over 10 hectares at Stanmore in Sydney’s inner west. It caters for boys of all abilities and offers the HSC, the International Baccalaureate Diploma and VET courses at Years 11 and 12.

Our prep schools are Wyvern House at Stanmore and Lindfield Prep, a bushland oasis in Sydney’s north. The College’s Early Learning Centre, for boys and girls, opened in 2018.

Boarding is available to boys in Years 9-12. The Edmund Webb Boarding House is a small, close-knit community of 50 boys who come from the Sydney metropolitan area, regional NSW and overseas. The friendships formed among Newington’s borders are often friendships for life. The boarding house is minutes from the senior campus and supervised by experienced staff who also teach there, so boys have immediate access to subject experts outside school hours and mentors to provide advice and guidance.

Newington College provides a range of bursary and scholarship options to boys with potential in general and specific areas.

In turn, we are looking for scholarship or bursary applicants who have:

All boys applying for a Newington College scholarship or bursary must sit the bursary and scholarship examination.

The College offers 14+ scholarships and bursaries across academic, music, general excellence and boarding and offers specific bursaries to Indigenous and Tongan students. 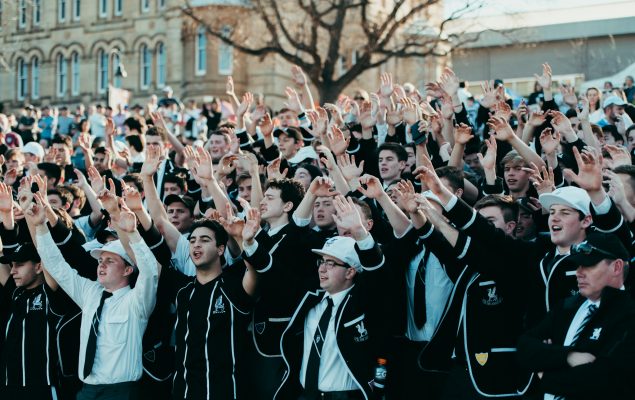 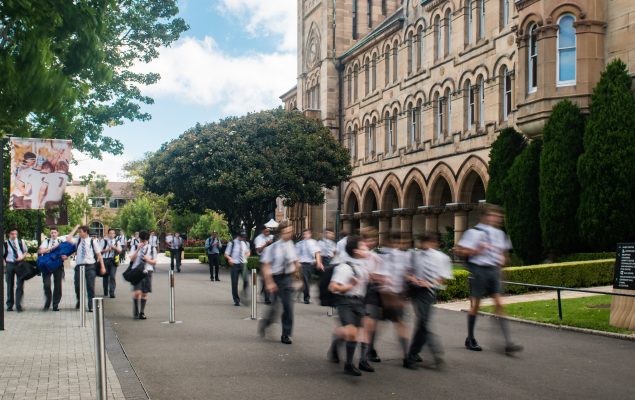